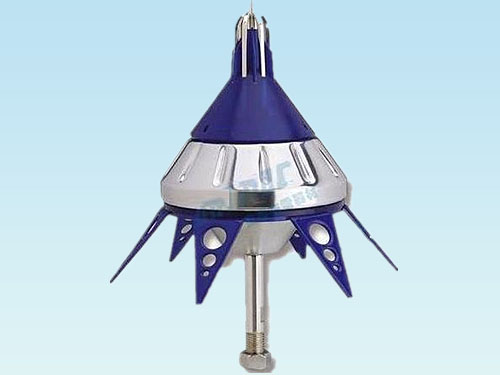 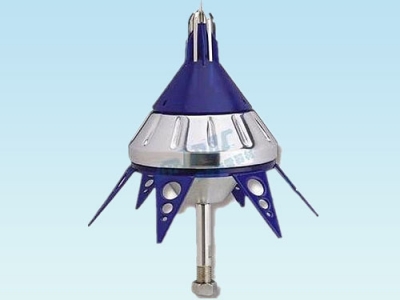 1. 100% effective in dealing with discharge
2. Electrical continuity guaranteed. Carries lightning current without resistance
3. NON- Electronic lightning rod ensuring its long life.
4. Technical qualities remain unaffected after each strike
5. With NO Electronics, so there is no risk of melting
6. NO External Power supply is required
7. Ensuring its effective operation after each lightning strike.
8. NO special MAINTENANCE is needed.

IONOSTAR Early Streamer Emissiom (E.S.E.) lightning conductor principle is to artificially create, with an ionizing device, a powerful ascending tracer which neutralizes all other ascending tracers and thus produces a privileged lightning impact point on its tip whatever the thundercloud polarity may be.

The principle of radiation in advance ion type lightning rod (E.S.E.), is produced by an artificial ion absorption leading down electric field energy. Come into being high voltage, electrolytic ion beam caused by ion around the lightning rod. The high spot in the area of planning on creating a most beneficial point of a lightning strike. (Decreases the bellwether have a positive or negative polarity. The radioactive ion type lightning rod with the bellwether of polarity and produce positive or negative ions)

Description
ESE system lightning rod is standardized according norm UNE 21.186. Usefull for external lightning protection to all type of the constructions.

1. Central shaft and deflection set made in stainless steel. AISI 316.
2. Exciter set: epoxy resin.
3. 100% of efficacy in discharge capture.
4. High level of protection.
5. Electric continuity guaranteed. The device doesn’t offer any resistance to discharge conduction.
6. It preserves its initial properties after each discharge.
7. Not fungible (as it does not include electronic elements).
8. It doesn’t need external power supply.
9. Operation guaranteed in any atmospheric condition

The INGESCO lightning rod is manufactured according to the following technical
A. specifications:
1. It has a double early streamer emission device:
2. an early streamer device
3. an electroatmospheric condenser


B. Materials:
1. Main structure made of stainlees steel AISI 316
2. Deflector set made of EPOXY resin
Ensuring its effective operation whatever conditions are.