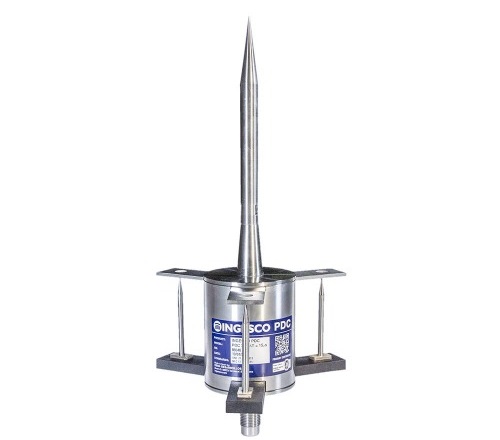 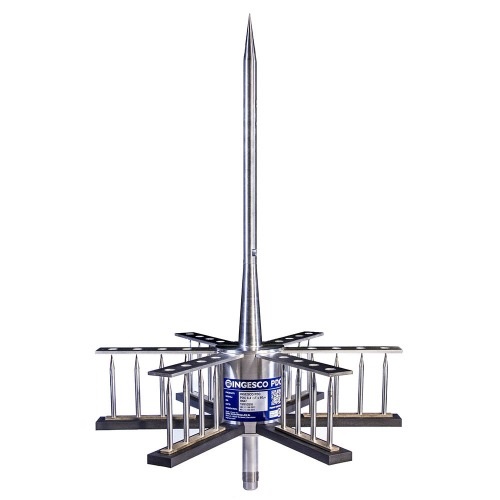 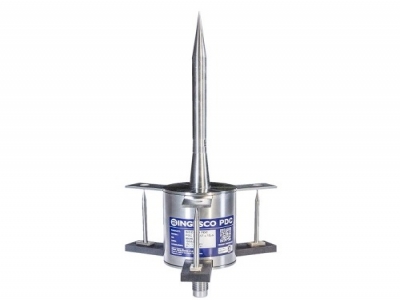 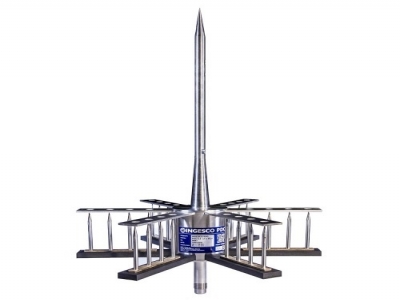 INGESCO has been an industry-leading company in lightning protection since 1973. Located in Barcelona, Spain, the Ingesco S.A. now provides solutions for the prevention and protection against all kinds of lightning hazards. Manufactured from 1984, the patented ingesco ESE lightning rod is the first lightning rod provided with a non-electrical ESE system that fulfils the requirements contained in the norms UNE 21.186:2011 and NFC 17.102:2011.

- 99% of efficacy in discharge capture

- INGESCO ESE rods remain its initial properties after each discharge.

- Electric continuity guaranteed. The device does not have any resistance to discharge conduction.

● All Ingesco ESE lightning rods bought from Sanyuan have a three-year warranty, the same service as OEM